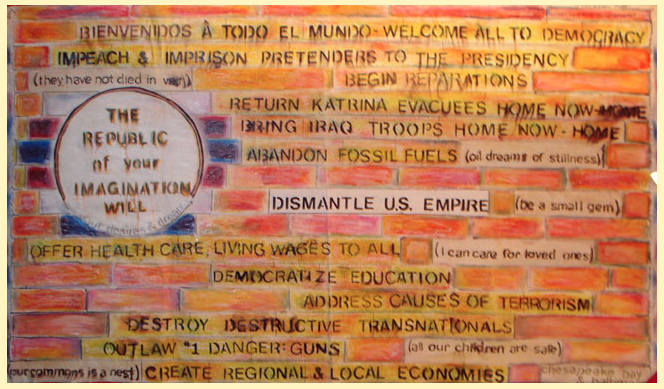 From 2005 to 2013, I co-hosted a podcast for a Progressive Cabinet Project. See some of our87 archived interviews for our ‚ÄòConversations with the Cabinet‚Äô.¬Ý

HERE‚Äôs a brief video description¬Ý from 2007 (starts at 4 minutes) of our Progressive Cabinet Project.

By Diane Wittner, May 2008
Transcript from conference speech in Radford, Virginia about using a progressive gov’t structure for strategy, to pursue justice and WINS, across groups, issues, and, in election season, among political parties ‚Äì progressive democrats and independents.

As a former resident of the U.K., I had grown accustomed to robust debates about real policy alternatives. And I had left the Democratic Party in the wake of the first stolen election in 2000, and had begun to contact media and political progressives, requesting, amongst other things, a roundtable discussion on forming a shadow government. As the Backbone Campaign had also¬Ýindependently already begun creative research on a unified set of progressive policy alternatives, we joined forces. Our outstanding team also included: co-host and Backbone Director Bill Moyer, Sound Engineer Roger Fulton and others.

Our objectives were bold: To model progressives moving from protest to policy, to demonstrate that progressives have a unified vision for government,¬Ýto define the specific policies needed, and to introduce leaders to people around the country. We used new technology and unusual partnership to be our own media, and to invite anyone around the country to participate.

In this¬Ýsocial sculpture,¬Ýall participants constructed our media¬Ýand¬Ýour message. Our project was a creative experiment in systems design & cross country collaboration, research and new media ‚Äî all for ecosystem sustainability, justice, fairness, and democracy.

Our online tools for the nomination process were available to anyone with internet around the country. As an evolving and listening team, we identified, researched, and interviewed progressive policy experts, our ‚Äònominees‚Äô for executive branch cabinet positions. We examined domestic and foreign policy, and our Conversations often pioneered new paradigm thinking.

We created a Department of Peace, the position of Secretary of Sustainability, and we repeatedly explored other big changes needed ‚Äì ¬Ýrenewable energy instead of fossil fuels, housing & quality education for all, moving taxpayers‚Äô dollars from war to domestic needs, and greater bioregional governance.

Some of our outstanding nominees:

Some of our podcast‚Äôs big ideas are now part of the national conversation. Just three examples:

1. In 2007, we hosted two Health Care for All ¬Ýor ‚Äòsingle payer‚Äô Conversations before it became a hot topic.

3. In 2013, we were honored to host Conversations on restorative justice and healing with a much-needed twist, those most impacted in charge: ¬Ýfamily and youth-led Youth Justice Reinvestment. 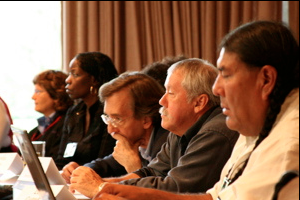 Progressive Cabinet Nominee for ¬ÝSecretary of Peace and Secretary of Education,¬ÝHoward Zinn even endorsed our Summit

Eventually our objectives and approach evolved. Our podcast became a virtual listening platform designed to support, and spread the word about, stakeholder-led campaigns. 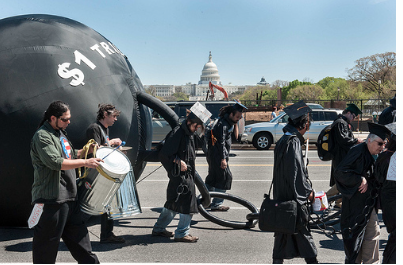 ‚ÄúFor decades, California and the nation have responded to nearly every problem in our classrooms and communities with police and prisons. These efforts have pushed millions of students out of school, and led to the mass incarceration of youth and our families. Public policies have also disproportionately targeted Black and Brown youth, contributing to severe racial injustice in our educational and court systems. A growing movement led by youth and families is demanding a new investment in public safety ‚Äì one that prioritizes COLLEGE PREP NOT PRISON PREP!‚Äù ‚Äì Youth Justice Coalition 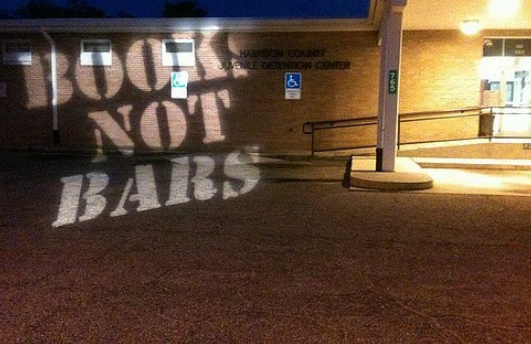